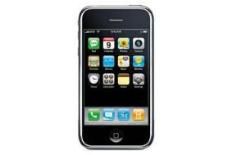 A welcome upgrade makes the iPhone even more formidable

At the time of writing Steve Jobs had only just returned to Apple after six months' medical leave. With Nokia and others mounting fresh challenges to his empire, the iPhone 3G S is the company's latest move to consolidation.

Think of that 'S' like 'GTI' on a Golf, or 'Quattro' on an Audi: the processor is up to 600MHz from 412MHz, and RAM is doubled to 256MB, which makes nipping around the myriad of features far quicker.

Battery life is boosted to nine hours for Wi-Fi, 10 hours for video and 30 hours for audio, and this model has a 32GB hard disk.

See all our multimedia phone reviews

The much-maligned camera has also been boosted to 3 megapixels (though there's still no flash) and it's capable of video recording too, along with basic on-board video editing.

The screen has been given added smudge-resistance, there's integrating for the Nike+Apple software, a geek-pleasing compass feature (yes, of course we like it) and voice control if you want to feel like a secret agent.

This certainly feels like an update rather than a new product, but there are worthwhile upgrades here – the camera, video, copy and paste, MMS – and the improved speed and battery are all outstanding.

We've barely time to mention the audio and video quality. To our ears, audio on the S sounds identical to the previous generation (i.e. superb). However, video does look a little cleaner and sharper, but with a paler colour palette. Regardless, in isolation, it's still excellent.

The new software is a must upgrade, and there's no denying the new iPhone 3G S is a more accomplished product. Another good job, Jobs.

Watch our Awards video of the Apple iPhone 3G S