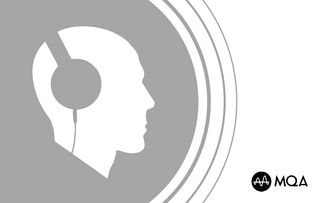 Music streaming has, in part, taken hold because of its convenience – but, until now, it’s mostly been at the cost of sound quality.

Not any more. Thanks to new MQA’s ingenious approach to packaging audio, it’s designed to offer music at better-than-CD quality in your home, on your commute, in your car, in your office… it can be downloaded, streamed and played just about anywhere, in fact.

And there’s no more need to worry about your available bandwidth or storage space: MQA claims to provide studio-quality sound in a package that’s not much bigger than a typical lossless file. Sounds good, doesn’t it? Here’s how to get it.

Related: MQA: How origami delivers the true sound of the studio

How to hear MQA on a portable player

Believe it or not, any smartphone or portable music device can play an MQA file. They’re universally compatible, coming in familiar flavours such as ALAC, FLAC and WAV, and claim to sound better than CD no matter what you hear them on. MQA-enabled devices have the hardware capability to unfold more of the extra information that’s stored inside an MQA file, and get you even closer to the sound of the studio.

Related: How to bring MQA into your musical life

You can already buy a portable player capable of delivering the full MQA experience. Pioneer’s XDP-100R was the world’s first portable player to have what it takes to deal with MQA files, and since then Onkyo has launched its equally formidable DP-X1. Both are high-quality, high performance devices that give their best when playing streamed or downloaded MQA audio.

They will soon be joined by the more compact, more affordable Pioneer XDP-30R and Onkyo DP-S1, bringing on-the-go MQA playback to an even wider audience.

All you need to add is a decent pair of headphones. Both the Pioneer and Onkyo players are accomplished enough to justify the highest-quality in-, on- or over-ear designs. Simply plug them in, and you’ll be able to take MQA on the road with you.

How to hear MQA on your computer

Introducing MQA into a computer-based music system is just as easy as with the portable players. It also offers a just as impressive listening experience with the addition of a quality digital-to-analogue converter, or DAC.

First, you need the right app to play the file. The TIDAL desktop app offers MQA streaming via its TIDAL Masters subscription service, while MQA download files can be decoded using ‘MQA Core’ technology via software from Audirvana and, soon, Amarra.

Playing MQA via these apps will give you a taste of its capability, but the addition of a decent DAC will take the playback up several notches.

There are already several companies offering compact, plug-and-play USB DACs to deal with digital audio information properly – and now, the AudioQuest DragonFly will also act as an ‘MQA Renderer’, extracting even more information from an ‘MQA Core’ music stream.

Related: MQA: How to turn your listening room into the world’s greatest recording studio

Then, getting studio-quality sound is a simple case of hooking up your headphones, active desktop speakers or hi-fi amplifier to your DAC’s headphone output, and pressing play. You’ll never look back.