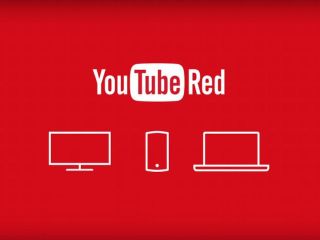 The deal is an extension of one already in place between YouTube and PRS for Music, an alliance between the Performing Rights Society (PRS) and the Mechanical Copyright Protection Society (MCPS). PRS for Music represents the rights of over 115,000 songwriters, composers and music publishers in the UK and has access to over 10 million songs.

The new deal extends the multi-territory licensing deal between the two companies, giving YouTube subscribers access to a wide range of content from the UK and Ireland, as well as from 130 territories in Europe, the Middle East and Africa. The opportunity for further territorial expansion has been made possible too.

“On behalf of our members, we are pleased both to extend and expand our licensing relationship with YouTube," said Robert Ashcroft, Chief Executive, PRS for Music.

"PRS for Music was the first copyright society to sign a licensing agreement with YouTube back in 2007 and both parties have since worked closely together to improve the value that creators derive from the platform. This latest agreement represents another important step in that direction, ensuring continued growth in royalties for our members from one of the world’s leading video platforms."

YouTube’s Head of Music, Christophe Muller said: “We’re committed to ensuring that writers, composers and publishers continue to get paid and that our users have the best experiences enjoying the video content that they love. This deal is an important step in delivering both of these priorities and a bright future ahead."

YouTube Red will allow subscribers to watch all YouTube videos advert-free, as well as offline playback. A dedicated YouTube Music app will be built-in to the service and this will come with unlimited access to Google Play Music.