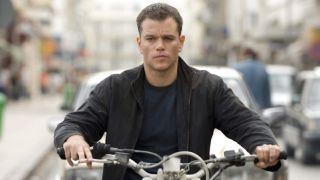 Universal has announced its first titles to be released on the new Ultra HD Blu-ray disc format. Universal is promising a mix of new and old films, with the first releases including the forthcoming The Huntsman: Winter's War, Warcraft and Jason Bourne as well as recent films, Everest, Lucy and Lone Survivor.

The discs will offer films in 4K resolution and high dynamic range (HDR) colour, with some also including Dolby Atmos or DTS:X soundtracks. As well as the disc releases, Universal says the titles will also be available in 4K Ultra HD digital formats. A selection of Universal's IMAX films are also said to be in the pipeline to hit 4K Blu-ray.

MORE: The first Ultra HD Blu-ray discs are now on sale in the UK

Universal also says it will be releasing "an enhanced selection of its new release and catalogue titles mastered in Dolby Vision". Dolby Vision is Dolby's own take on getting the very best from 4K and HDR content, and requires Dolby Vision-compatible products to take advantage. This technology remains in its infancy for now.

The releases will join a small but growing number of Ultra HD Blu-ray discs now on sale, which include The Amazing Spider-Man 2, Chappie, Batman vs Superman: Dawn of Justice, Fantastic Four, Maze Runner: Chapter II - The Scorch Trials, Kingsman - The Secret Service, The Maze Runner, X-Men: Days of Future Past, Life of Pi, Hitman: Agent 47 and Exodus - Gods and Kings.

The likes of Amazon, HMV and Zavvi all now feature Ultra HD Blu-ray releases, with the average price of a 4K disc being around £20.