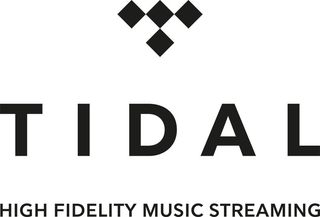 Tidal has been throwing some pretty confident numbers about during the last couple of years.

In March of 2016, it claimed a) 250m streams of Kanye West's The Life of Pablo in just 10 days and b) 3m subscribers. A couple of months later it suggested Beyoncé's Lemonade had passed the 360m streams mark in the first 15 days of its availability.

Eyebrows were raised at the time. The numbers suggested every single Tidal subscriber streamed Kanye's record eight times a day for 10 days straight. And according to music industry research firm Midia, Tidal's true subscriber numbers were closer to 1m at the start of 2017.

Now Norwegian newspaper Dagens Næringsliv is reporting Tidal has not only been inflating its subscriber numbers, but also manipulating its listener numbers by hundreds of millions. According to the newspaper, this has led to "massive royalty payments at the expense of other artists".

It's being reported on in English by Music Business Worldwide - it explains DN enlisted the help of the Norwegian University of Science and Technology (NTNU) to deal with the information contained on a hard drive of internal Tidal data the newspaper acquired. According to the NTNU, the digital intelligence methodologies included Tidal accessing genuine user accounts to rack up duplicate streams (as many as 150m) and repeating subscribers' own streams to bulk up the play-count. You can read the 73 pages of its report here - NTNU team leader Professor Katrin Franke asserts it is "highly likely the manipulation happened from within the streaming service itself".

If there's any substance to the claims, the ramifications for Tidal could be considerable. The company supposedly paid Sony music more than $4m across March and April 2016 (of which Lemonade accounted for $2.5m), while The Life of Pablo accounted for more than $2m of the $3.2 Tidal paid to Universal during February and March 2016.

Unsurprisingly, Tidal has been robust in its denial of Dagens Næringsliv's story. Tidal's lawyer at the law firm of Reed Smith is quoted as saying "each of these accusations is demonstrably false. You [DN journalist Markus Tobiassen] and DN lied to NTNU to procure a study".

Listen to the What Hi-Fi? playlist on TIdal (or a different streaming service)