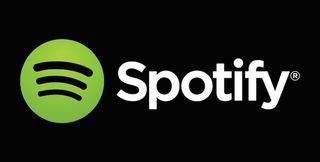 Spotify is planning to make its free tier easier to use (especially through its smartphone apps), “according to people familiar with the matter” as reported by Bloomberg.

The new version will supposedly give smartphone users of its free service quicker access to playlists and greater control over song selection - as is currently the case with the service’s paid-for Premium subscription. This would mean paying subscribers would still have better quality streaming, Spotify Connect, no ads and offline listening over the free tier.

The rational behind the development is to attract new listeners to the platform (to satisfy the new investors who value the company based on user growth) and then try to turn them into paying subscribers.

The streaming giant has 70 million subscribers – almost double that of Apple Music – and, as of Dec 2017, 157m active users. It hopes to boost those numbers, to 96m and 200m respectively, by the end of the year.

Spotify is set to make a ‘news’ announcement on 24th April, so we could learn more details then. There are also rumours that Spotify’s first hardware product (an in-car device or smart speaker perhaps?) could also be revealed on that date.

10 songs to test your speakers on Spotify