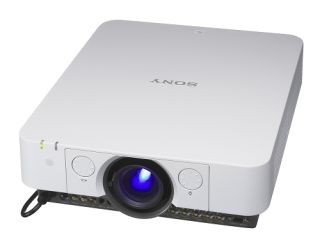 Following on from the LG Laser TV at CES at the start of the year, Sony has revealed its Laser Light Source projector.

Using Laser technology rather than LEDs, the projector claims an industry-leading brightness of 4000 lumens. It's a full HD resolution projector, too.

As well as the brightness, the Sony projector promises 20,000 hours of life from its light-source, with no need to replace lamps.

Primarily aimed at business and education installations, the technology could come to consumer projectors, too, with bright daytime pictures and the low cost of maintenance every bit as appealing.