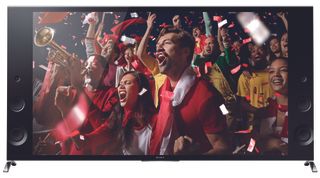 Sony has announced that its three new ranges of Ultra HD 4K TVs, which we first saw at CES 2014 earlier this year, will be available to buy from June this year.

Sony has optimised the new Bravia TVs to support 4K content from its Unlimited Video 4K download service, as well as third party content providers such as Netflix.

MORE: 4K Ultra HD: Everything you need to know