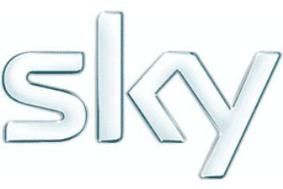 The ground-breaking service will be available to any Sky+HD subscribers with a 3D-ready TV, and will offer movies and live sport in 3D.

Sky 3D is compatible with all the 3D TVs being introduced by Sony, Samsung, LG and Panasonic, and works with both 'active' and 'passive' formats

Launch weekend highlights will include this year's Ryder Cup, with three days of live coverage from Celtic Manor, and 3D films Bolt and Monsters vs Aliens.

The Sky 3D line-up will then continue to expand in the run-up to Christmas with more films in 3D: Alice in Wonderland; Ice Age – Dawn of the Dinosaurs; Coraline; Fly Me to the Moon; Harry Potter & The Half Blood Prince; and My Bloody Valentine.

Sky has agreed with the major studios Disney, Fox, Universal, Warner Brothers, Paramount and DreamWorks to showcase the best of Hollywood in 3D.

The broadcaster will also offer a range of live 3D sport, including Premier League football, from launch.

All Sky+ HD viewers with a 3D TV will be able to receive Sky 3D TV, as no set-top box upgrade is required. Those who subscribe to Sky's top channel and HD pack will receive the 3D service at no extra charge.

Jeremy Darroch, Sky's chief executive, says: " As with high definition, 3D is set to transform the way TV is enjoyed in homes nationwide."

Sky began broadcasting its 3D channel in 1500 clubs and pubs across the UK and Ireland in April.

Earlier today, BSkyB reported a sharp increase in annual pre-tax profits, up more than threefold to £878m in the year to end-June 2010. Revenue rose by more than 10 per cent to £5.9bn.

New subscriptions, particularly for Sky's HD service, contributed to the increase. The number of HD customers doubled over the year, and between April and June this year Sky added 429,000 new HD customers.