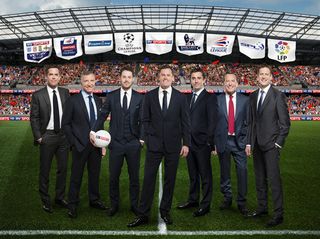 Sky is to kick-off the Premier League season with a free day of Sky Sports, the latest move in the increasingly competitive battle between Sky and BT.

Sky Sports 1 will replace regular programming on Sky 2 if you have Sky or Virgin, while for Freeview and YouView customers, Pick TV will become Sky Sports 1.

The free day will include Sky's ingeniously-named new show 'Saturday Night Football', when Sky will be showing a live Premier League fixture with a 5.30pm kick-off.

Sky Sports will show 116 live fixtures across the 2013-14 season – more than ever –but this year Sky's coverage has a new rival in BT Sport.

BT Sport is available on Sky, as well as via BT Vision+ and YouView. There's as yet no official word on the BT Sport channel appearing on Virgin Media.