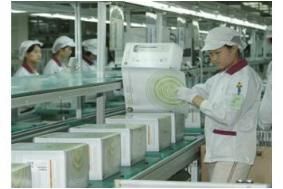 Alongside a range of new movie and TV episode downloads, the update allows you to rip games to your hard drive, using the game disc as a key but reducing load times and fan noise – a regular issue with many Xbox 360 owners.

Microsoft has also added the ability to share photos online and invite other users to view and chat via the Xbox 360 headset and webcam.

New customisable avatars (pictures) are available too and place a virtual cartoon mascot on your dashboard – one that can also appear in forthcoming games.

Microsoft denies rumours of a Blu-ray drive
And on the subject of games, Microsoft revealed that the public have submitted more than 1000 home grown games for the Live service and the best will be cherry picked and offered as Xbox Live Arcade games as part of the Community Games Channel. You can see images of the update here.

In other Xbox 360 news, rumours continue to fly about a Blu-ray disc add-on to replace the now defunct HD-DVD add-on which ceased production earlier this year, as we reported yesterday.

The rumours are fuelled by an alleged venture with Toshiba-Samsung Storage Technology Corp. Microsoft has today denied the rumours, but with a new Xbox due in 2011, it's possible that Microsoft is putting manufacturer deals in place at an early stage.

Finally, during the Tokyo Game Show, Microsoft revealed Halo 3: Recon – a disc based add-on to the biggest videogame of last year, Halo 3.