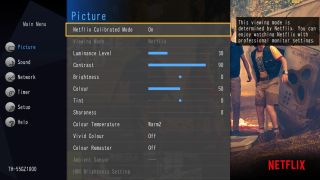 Owners of a Panasonic GZ2000, GZ1500, GZ1000 or GZ950 TV will be able to switch on the feature while watching any of Netflix's Original films or TV shows, regardless of its resolution or colour range claims, to “configure the TV the same way creators calibrate their monitors in post-production”; to display the content in optimal contrast, colour and brightness – the way it was originally mastered by the director.

Its arrival on Panasonic TVs means it will no longer make it exclusive to Sony sets.