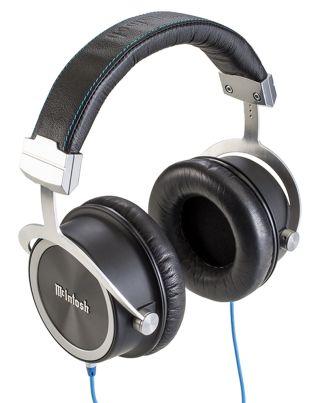 McIntosh Laboratory's UK distributor Jordan Acoustics is giving away a pair of MHP1000 headphones with every McIntosh pre/power purchased through its UK dealer network in March.

The luxury headphones - McIntosh's first - were launched in 2014 and are designed to deliver "the same superior sound characteristics as McIntosh loudspeakers".

They are a closed-back, circumaural design and feature soft "luxury" leather on the earpads and headband. Two detachable cables are included: a 1 metre lead with a 3.5mm stereo connector, and a 3 metre cable with a 6.3mm jack.

Participating dealers include Jordan Acoustics in Dorset and Fife, Blues Audio in Cumbria, plus Cornflake and Robert Taussig in London.