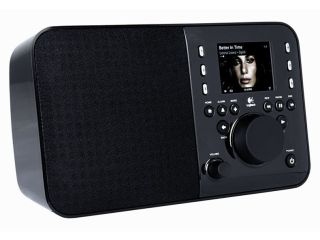 Sonos has today finally released its long-awaited fix to enable Sonos owners to access the new HLS AAC internet radio streams from the BBC via Tunein. This should improve sound quality when listening to BBC broadcasts (which had previously reverted to low-res MP3) and overcome the issue of listeners missing out on some sports coverage as the BBC didn't have the international broadcasting rights for all sporting events on the MP3 radio streams.

BBC radio on Sonos will now be available in up to 320kbps sound quality. The update comes as part of the Trueplay update which enables auto tuning of Sonos speakers via the iOS app.

Sonos has apologised that its latest 5.4 update does not fix the problem owners have encountered with BBC radio streams (see earlier coverage below). In an email to owners it says:

"Beginning earlier this year you may have experienced decreased quality and gaps in live programming while listening to your favourite BBC radio streams. We apologise that this update [5.4] does not correct these issues.

"Please note that we are working hard on a solution in partnership with TuneIn and the BBC to be released later this year."

However, there's good news for Naim owners. The company has released a firmware update for its network players that enables playback of higher quality BBC HLS radio streams. Naim was quite vocal in its criticism when the BBC made some unexpected changes to its AAC radio streams, switching to HLS without informing hardware manufacturers of the switch, as you can read below.

The BBC has responded to criticism of the way it handled changes to its internet radio streams in a series of blogs on the Corporation's website. One result of the outcry is that Radio 3 HD at 320kbps has been re-enabled on SHOUTcast.

Jim Simmons, senior product manager at the BBC, says: "It is clear from your feedback that the fallback choice for SHOUTcast [MP3] has fallen short in a number of areas. We have been working over the past week on some of the technical solutions required to improve the situation and I am happy to say that we have now re-enabled Radio 3 HD Sound on SHOUTcast.

"We are still talking to manufacturers and many are confident that they will be able to provide their users with access to all 57 of our HLS AAC streams at 320kbps within a few weeks or months. We will review the status of this 320kbps SHOUTcast stream again in a few months time and we will update you on progress via the internet blog."

In a separate blog, the BBC's Head of Media Services, Henry Webster, addresses the problem of Radio 5 listeners being unable to hear some sports broadcasts. "Users whose devices can only receive the SHOUTcast stream [in MP3] and not one of the new HLS streaming formats will hear a version of the stream which will blank sport where the BBC does not hold international rights. The new HLS streams are available in both UK and international variants, which allows those in the UK to continue to enjoy the Sport that we broadcast as usual. We are investigating to see whether there is anything we can do to return access to the UK streams for those who are affected by this."

Sonos owners, among others, have been affected by this as Sonos uses TuneIn for its internet radio streaming service and this does not currently support the new BBC streams. Sonos says it is "working to add support for the new HLS streams. We don’t have a timeline or ETA to share right now, as we are still in the process of investigating the details of the implementation, but as soon as we have more news we’ll share it on our website."

Webster also admits that many Logitech Squeezebox owners have expressed their frustration at the impact of the changes, but says the BBC is working with Logitech to resolve the problem.

Naim equipment has also been affected by the "shock changes" and the company has issued a detailed statement on the issue which you can read at the end of this story.

We've had a number of complaints from readers who've lost their favourite radio stations online due to recent changes to the way the BBC streams internet radio.

Sonos owners (among others) are no longer able to receive some broadcasts on BBC 5 Live via TuneIn as the BBC doesn't have international MP3 broadcasting rights for all sporting events, and when we tried to listen to certain BBC stations on our Pioneer N-30 streamer (which uses vTuner) we received a recorded message saying the BBC was no longer supporting the Windows Media Audio format.

Re-tuning our favourite BBC stations on the Pioneer to the new MP3 stream (as opposed to the old WMA one) solved the problem.

Listeners to the SHOUTcast stream are no longer able to hear some BBC Sport content either because the Beeb is retiring SHOUTcast streams that use the AAC codec. Radio 3 HD was also affected initially, with some listeners having no choice but to switch to a lower-quality MP3 stream. However, the BBC has now re-instated the Radio 3 HD stream at 320kbps, at least for the time being.

Naim has been affected too and says it was "extremely surprised to find the [BBC's] AAC streams changed at the last minute to being encapsulated in an HLS stream. The test transmissions were not. This change appears to be a shock to all of our industry friends as well".

The changes have come about as part of the BBC's Audio Factory project, which aims to streamline the number of formats it uses for streaming internet radio. The BBC says it had become too expensive to continue supporting Windows Media Audio, which the corporation says is used on about five per cent of internet streaming devices.

Regarding SHOUTcast, Jim Simmons, the BBC's senior product manager for Audio Services, explains: "We are retiring SHOUTcast streams that use the AAC codec. To reproduce these SHOUTcast streams in Audio Factory in multiple codecs and bit rates would have been costly. For these reasons, we are concentrating our efforts around HLS, HDS and DASH.

"We have retained a single SHOUTcast stream of each service using the MP3 codec to support devices that cannot support these protocols."

On its own website, the BBC says it is "working with the manufacturers of those devices currently affected to minimise disruption". Its aim is to move towards using one open-source standard, known as MPEG Dash, across the entire network.

In his BBC blog, Henry Webster, Head of Media Services says: "Over a year ago, we approached as many of the manufacturers, aggregators and other related groups as we were aware of to inform them about the changes. Some of these manufacturers have responded by making changes, some were unable to (due to limitations in their hardware) and others have decided to do nothing. We continue to work with these groups and are keen to engage directly with manufacturers or software providers who are inconvenienced by these changes."

However, it seems some manufacturers were caught out by the changes. In a statement given to whathifi.com, Naim says:

"As Naim owners and followers of the Naim forum will know, Naim’s R&D had been in contact with the BBC over the changes to their internet radio streaming and were extremely surprised to find the AAC streams changed at the last minute to being encapsulated in a HLS stream. The test transmissions were not. This change appears to be a shock to all of our industry friends as well.

"Unsurprisingly there has been a lot of communication between Naim’s R&D and the BBC Radio team and it appears there was some good news yesterday afternoon. We have reactivated the BBC Radio 3 320kbps link in Naim Choice, as the BBC has made that available again, for some time.

"The solution for accessing the AAC streams within the HLS streams with Naim’s network audio products is not trivial as the code constraints of embedded audio products are tougher than just a ‘relatively’ easy fix on a PC but Naim has already started on the process.

"In the meantime MinimServer has published a very good and effective workaround, which we are also testing. You can find out more about how to use MinimServer by clicking the link below.

MORE: How to use MinimServer to play BBC HLS radio streams on a Naim streamer

"As regards the new Naim NAC-N 272 preamp/streamer, it can still ‘receive’ all the BBC Radio internet streams, and in fact with higher bit rates than last week, but for the moment it does require a small workaround while Naim rewrites their iRadio code to take into account the surprise BBC iRadio changes.

"All Naim network audio products can still receive BBC internet radio feeds at present, albeit in 128kbps MP3 format (excepting BBC Radio 3 UK at 320kbps AAC). Furthermore, given the conversation with the BBC yesterday we’ve agreed more detailed operational interaction with the BBC going forward in order to support customers in the longer term. Podcasts are currently unaffected by the changes, only live streams are/were affected."

Meanwhile, Sonos says it is working to add support for the new HLS streams, and as with Naim products Sonos owners can use MinimServer to access the missing streams. In a statement on its Forums, Sonos says:

"We have a quick update to share today. We can confirm that we’re committed to developing support for HLS streaming. We don’t have a timeline or ETA to share right now, as we are still in the process of investigating the details of the implementation, but as soon as we have more news we’ll share it here."

There's more information on this thread on Sonos's website.

Have you been affected by these changes? If so, let us know in the Comments box below.

Find out more about the BBC's Audio Factory project