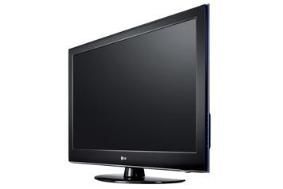 Previously all the 3D TVs primed for the consumer marker, from all manufacturers, have used 'active shutter technology', requiring the more expensive glasses in order to work.

This new passive set will require polarised glasses, similar to those you would use if you went to watch a 3D film in the cinema, which are much cheaper to buy.

The 47in LD950 is set to retail somewhere around the £2000 mark, though we've only be given very rough guide prices so far.

Also new is the LX6900 active 3D-ready TV, which joins the LX9900 set in LG's line-up of active technology televisions.

The LX6900 will be available in 42in and 47in screen sizes and will retail for '£2500+'. These will be edge LED designs, with full HD resolutions, built-in Freeview HD and 200 Hz technology.

We hope to bring you reviews of these sets, and confirmed prices, just as soon as we can.