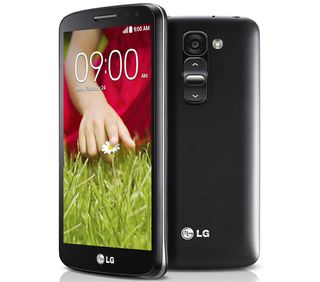 LG has confirmed it will launch a "compact" version of its flagship G2 smartphone at Mobile World Congress next week, the LG G2 Mini.

Following in the footsteps of the HTC One Mini and Samsung Galaxy S4 Mini, the G2 Mini aims to bring some of the features from the company's five-star flagship, the G2, to a smaller, more affordable mobile phone.

The LG G2 Mini has a 4.7in, IPS display – illlustrating how big smartphone screens have got – with LG claiming the market is now divided between premium devices with 5in+ screens and these midrange offerings with marginally smaller displays.

Of course Apple might argue with that: the iPhone 5S and iPhone 5C both have notably smaller, 4in screens. The iPhone 6, due for release in Autumn, is widely tipped to feature a larger screen.

There are a range of different G2 Mini models set to be available, with the UK version to include 1.2 GHz Qualcomm Quad-Core processor, with support for 4G LTE.

There's 8GB of internal memory, but an SD Card slot means you can make more room, 1GB RAM and a 2,440 mAh battery.

Features such as Guest Mode, Plug & Pop, Clip Tray and Capture Plus, which were present on the G2, have made their way on to the Mini model. It sports the Android 4.4 OS, too and has Bluetooth and NFC compatibility.

The LG G2 Mini will come in black, white, red and gold, though there's no confirmation of which colours for which territories as yet.

The G2 was notable for its support of high-res audio, a new rear button design and the neat double tap, unlock screen function.

We'll be reporting live from MWC where we expect to hear about plenty more new phones and tablets, and get some hands-on time with the more exciting devices.