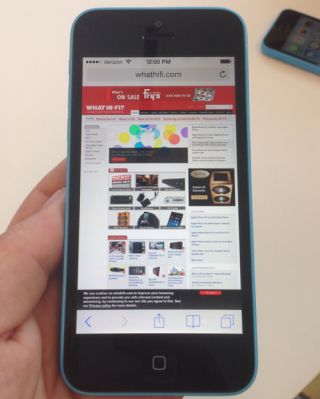 Take a look at the long-awaited, much-rumoured "budget" iPhone 5C. A cheap iPhone, it is not, but it is indeed, as the rumours tipped, a plastic iPhone.

by Mark Prigg in San Francisco

Mark Prigg is a science and technology journalist and the Evening Standard technology correspondent. He is reporting live from the Apple launch event in Cupertino and will be reporting from the event for whathifi.com.