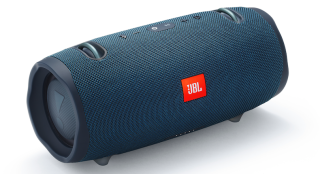 In a fortnight’s time, when the World Cup and Wimbledon are done and dusted, there’ll be time to listen to music again. And if you plan to do that out and about in the sunshine (fingers crossed it's still with us then), you may deem a portable wireless speaker a worthwhile purchase.

JBL has long had a diverse portfolio of wireless speakers, and today it’s introducing its latest models.

The first is a palm-sized Bluetooth speaker that costs little more than the picnic blanket it’ll sit on - and can probably colour-match it too. It’s called the JBL GO 2, it costs £30, and it has a waterproof (to IPX7 standard) design, a speakerphone (with noise-cancelling) for taking calls and offers 5 hours of playback from a single charge.

Next up is the JBL Clip 3 (£50), which also gives rainbows a run for their money - ten colour finishes are available. It matches its sibling for specs, but adds a carabiner for attaching it to a tent or tree branch, and expands playback time to 10 hours.

Then there’s the JBL Xtreme 2, the successor to the Xtreme we awarded five stars to in 2015 for its rugged build and powerful yet subtle performance.

The sequel, priced at £279, is for the most serious picnic-goers among us - it has a carabiner attachment, a bottle opener in the carrying strap and waterproof (IPX7) design.

The Xtreme 2 speaker has a 15-hour playback time, USB charging port, a speakerphone with noise-cancellin, and supports JBL Connect+ (which allows users to wirelessly connect it to other Connect+ enabled speakers). It’s available in a choice of black, green or blue finishes.

10 of the best Bluetooth speakers