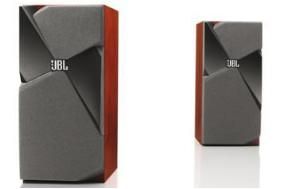 First up is AKG's collaboration with music legend, Quincy Jones on a new signature range of headphones. You can read more about the range and see the line-up in our dedicated blog here.

Also new to its hi-fi headphone family are the K520 over-ear and K540 around-ear designs - both semi-open-backed, lightweight models with a comfort-fit headband that aims to suit those that like long listening sessions. Harman claims both are "tuned to deliver the realistic, flat frequency response that music professionals insist on".

Harman claims the AKG K840 KLs can be used up to 20m away from a music source, and will run up to two weeks between battery charges. They're due next month, priced £349 - we'll get hold of a test pair as soon as possible.

If that's a little too pricey, AKG has added to its Bluetooth line-up with the mini, foldable K830 BT - due in November for £149. Features included on-ear controls for your player, plus a 10-hour battery life.

Other additions to AKG's diverse range include a portable, folding headset for 'urban gamers'. The AKG GHS-1 - complete with directional microphone and passive noise reduction - is also suitable for applications like Skype, as well as music use.

The AKG GHS-1 will be available in the Autumn, priced £99. It comes in a choice of black, white or 'urban' camoflage finishes.

There's also a long-awaited debut due for the £1000, triple-driver, in-ear designs we first had a sneak preview of at last year's show. These flagship AKG buds should finally hit shops in early 2011 - we'll keep you posted when we get more details.

The next Harman brand to parade its launches was JBL, which sports a new 'Weave' design across its consumer range - from iPod docks to speakers.

The range - which claims, despite its modest pricing to include trickle-down technology from JBL's flagship designs - will become available in Autumn.

JBL's portable iPod docks also get a Weave makeover: the OnStage Micro III (£119) and Micro IV (£179) will both be available in black and white finishes in October.

Sister brand, Harman Kardon, also has desktop digital updates - firstly in the form of the third generation of its bestselling SoundSticks 2.1 system. The upgraded, white-lit SoundSticks III will be in shops this month, priced £119.

Next up is the new Harman Kardon Go + Play Micro iPod speaker dock - due to start competing with the B&W Zeppelin Mini and Bose Soundock Portable when it arrives in shops later this month, priced £299.

Harman Kardon also has some tempting new home cinema kit - including wireless soundbars and one-box Blu-ray systems; you will be able to find news on them in our home cinema section later.

More specs and pictures of the above Harman ranges to follow in dedicated blogs shortly.