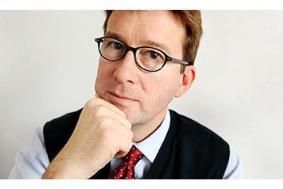 Prime Minister Gordon Brown said digital technology was as important today as "roads, bridges and trains were in the 20th century".

The 22 recommendations in the report cover TV and radio broadcasting and the UK's digital infrastructure. It includes a section on the issue of internet piracy.

The Government will look at how the digital switchover scheme – already in place for digital TV – could be expanded to help the transition to digital radio.

On the question of the future of Channel 4, Burnham said: "We will explore how we can establish a sustainable public service organisation which offers scale and reach alongside the BBC, building on the strength of Channel 4."

Last week Ofcom warned Channel 4 could face a bleak future unless a deal with BBC Worldwide or Channel Five could be agreed.