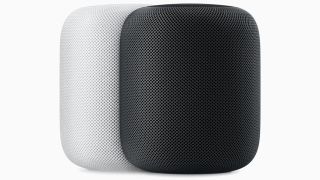 We're big fans of the Apple HomePod. Yes, you have to be well and truly part of the Apple ecosystem to make the most of it - you need an iPhone to get started and it does its best work with Apple Music - but if you are an Apple fan there's no arguing with the sound quality.

It's not cheap and Apple deals are few and far between, so we thought it worthy of note when we clocked that you can save £20 on the HomePod right now - no need to wait for Black Friday.

John Lewis and Currys seem to be the only retailers offering the HomePod under the asking price, so if you'd been thinking of taking the plunge, now might be the time to bite the bullet. Check out the deals in the live prices below.