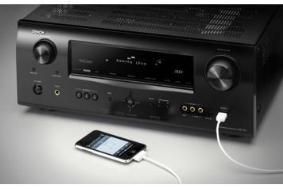 The £350 AVR-1611 and £450 AVR-1911 both have HDMI 1.4a repeater capability, allowing them to pass 3D movies from suitable Blu-ray players to compatible TVs, Audio Return Channel and HDMI control.

Denon also says they feature '3D surround sound options', but before a panic starts about yet more format changes, this is explained as 'Dolby Pro Logic IIz for enhanced vertical and horizontal spatial performance at the front – the essence of 3D acoustics complementing the excitement of 3D video.' Hmm...

The AVR-1611 is a five-channel model, delivering 105W to each speaker, and has four HDMI inputs and one output.