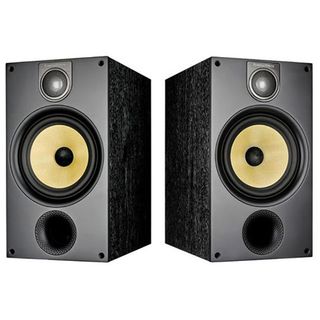 Hi-fi stereo speakers don’t get as much Black Friday sale love as wireless Bluetooth speakers and the like, but thanks to hi-fi retailers getting in on the action, there are some to lap up. And if you’re in the market for some midrange floorstanders, why not make the most of a £400 discount off an Award-winning pair?

Both deals end on 26th November.

B&W 683 S2 £749 at Sevenoaks Got the room and preference for some chunky (yet stylish) these B&W floorstanders are now even better than before - and that's saying something - thanks to their 35% discount. Save £400 and get a stunning pair of speakers in return. They’re wonderfully versatile performers. Deal ends on 26th November.View Deal

B&W 685 S2 £299 at Sevenoaks Whether you need new speakers for your budget/midrange system or not, it's going to be hard to resist this Sevenoaks offer. You can now save 40% on these former Award-winners, which are very talented performers that combines generous scale and authority with clarity, precision and agility. Deal ends on 26th November.View Deal

The fact they are both Award winners (of various Awards between 2014 and 2015) gives you some idea of their talents. The 683 S2 floorstanders combine massive power and scale with delicate subtlety and nuance, and all things considered are tremendously talented speakers - even if they’re no longer at the very front of the sub-£1000 race.

The 685 S2s have also been overtaken by superior speakers in the last few years - it’s even dropped a star because of it - but that doesn’t make them any less tempting in the face of such a heavy discount. For £299, they’re right back up their with the best-value standmounts for that money.