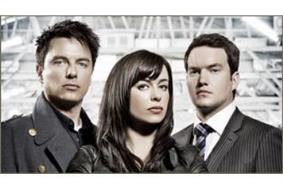 Complaints arose after the BBC deployed the new encoders, which use a lower bitrate than the previous ones. Bitrates were apparently cut from 16mbps to around 9-10mbps.

The Beeb has told whathifi.com that there is a "reproducible problem on certain types of material" which does not go away if higher bitrates are used. So the Corporation has referred the matter the the coder manufacture to investigate further, and is waiting for a fix.

Here is the BBC's statement in full:

"The BBC has deployed a new set of HD encoders. The current bitrates were picked after much side-by-side comparison of the old and new encoders using a wide range of programme material. While it is impossible to achieve parity in all formats the new encoders were judged to be giving equal or better quality in most cases."

"However, there is no test like putting these to air, and when we did, a reproducible problem was identified on certain types of material. We have shared this information with the coder manufacturer so they can investigate further. "

"The particular problem does not go away with higher bitrates, so whilst an investigation and fix are awaited some changes have already been made to the encoders to try and mitigate the effects. In addition, the new encoders also fixed other problems, unrelated to picture quality, which the BBC received complaints about."

You can learn more about this issue by following this thread on our Forums.