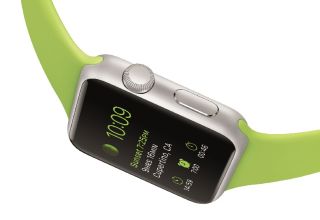 The Apple Watch reveal on Monday gave us a lot more information on Apple's next big product (and news on CarPlay and Apple TV), but there were a few details omitted.

Internal storage was one such omission but this has now since been confirmed: 8GB of internal storage, but crucially only 2GB available for music.

This does however mean that unlike many of the Apple Watch features, music playback will be able to function without an iPhone.

With Bluetooth on board, this allows you to use an Apple Watch as a wrist-based iPod streaming straight to a pair of wireless Bluetooth headphones.

So you won't have to take your iPhone with you when you go for a run or to the gym. With fitness-tracking billed as one of the Apple Watch's best features, this seems a handy function.

9to5mac reports the confirmation of the 8GB of internal storage, which will be the same on every Apple Watch model, whether your spend $350 or $10,000.

Naturally, if you do have your iPhone paired, you'll be able to stream any music on your iPhone. But, where streaming isn't possible or if you don't want to carry your iPhone, you will have that 2GB of storage.