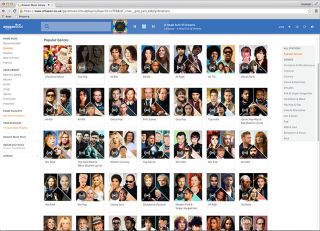 With regards to the new streaming service, The New York Post cites sources as saying Amazon has had meetings with the big music companies to discuss licensing deals.

The planned streaming service would run on its own and not be included with a Prime membership. It’s not clear whether Amazon Prime Music would still continue. The new service will likely cost $9.99/month and if it comes to the UK, £9.99, but could have a $3 or $4 discount for anyone that buys one of the company's voice-controlled Echo speakers.

The service would differ from Prime Music in that Prime only has around one million songs in its catalogue. The new service would have in excess of 30 million to properly compete with the likes of Spotify and Tidal.

Sources have gone on to say Amazon is looking at releasing the new service in “the fall”.

The news comes just as Amazon has announced updates to its Prime Music service too, with Prime Stations giving Prime subscribers access to ad-free, personalised internet radio stations. Stations cover a range of genres and moods and songs can be liked or disliked to either keep them on or remove them from a playlist.

A second new feature is X-Ray Lyrics, available on mobile devices, Kindle and Fire TV. With the new feature, you can view lyrics on screen while songs are playing, although this doesn't apply to all tracks in the Prime Music catalogue.

You can read our full review of Amazon Prime Music in the Feburary 2016 issue of What Hi-Fi? magazine.