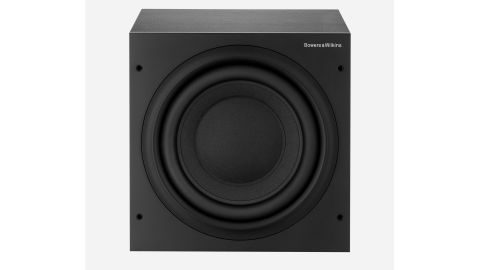 As reigning best Buy within its price class, the B&W ASW610 is the target its rivals have to aim for, but as we've seen in several tests of late, it' s a difficult target to hit.

That's partially because it's surprisingly small, at just 31cm high – but it's also because its diminutive form disguises a formidably powerful and terrifically dynamic design, its 200w amplifier controlling the excursions of its 25cm Kevlar/paper drive unit with a martinet's fervour.

Spin a movie, and depth and drive are never in doubt, the B&W thundering through The Dark Knight with an absolute authority that belies its modest size.

However, most of its rivals can go loud and deep: the ASW610's edge lies its lethally effective blend of power and poise, muscle and musicality.

It can deliver bass with subtlety and expression, its speed on the attack and its tonal differentiation ensuring Santogold's L.E.S Artistes fairly zips along.

It's a genuine all-rounder and no mistake.