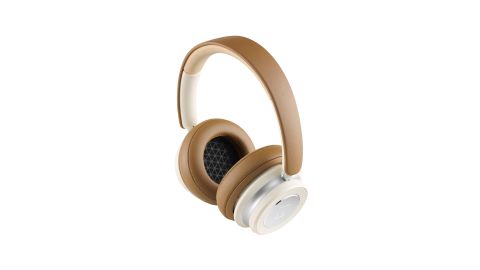 These Dalis have the potential to be class-leaders, but their beautifully precise sound lacks a little dynamic punch

When making big, potentially risky decisions, phrases such as “stick to what you know best” often ring in one’s ear. Occasionally, though, these are met with more aspirational thoughts, such as “if you always do what you’ve always done, you’ll always be where you’ve always been.”

Thankfully, Dali has taken the latter concept on board. The Dali iO-6 wireless noise-cancelling headphones mark the Danish brand’s first foray into headphone design and manufacture. Better known for its Award-winning Oberon and Spektor speakers – and, more recently, the five-star Katch One soundbar – Dali is late to the table when it comes to portable headgear.

Bluetooth listening may be the popular choice, but Dali has approached its first pair of headphones with a loudspeaker mindset. The 50mm drivers are custom-made and fitted with paper/fibre cones. The over-ear enclosures are braced and stiff like speaker cabinets, with rubber dampeners inside to eliminate vibrations.

But don’t let this fool you into thinking they’ll be heavy and uncomfortable. The earcups rotate a full 90 degrees both ways, which means they adapt well to your head and ears and also sit comfortably around your neck. They fold flat for storage, too.

The iO models (there’s also an iO-4 option, which doesn’t have noise cancellation tech) support Bluetooth aptX HD to maximise the wireless music quality and also have a 3.5mm connection out. There’s a USB-C for charging and handy remote controls on the right earcup.

For volume adjustment, lightly press the upper or lower part of the outer disc, while for track control, call-handling or connecting to your voice assistant, it’s the central, branded button. This may be new tech, but all of the functions feel underpinned by old-school principles and methods.

The Dali’s chic, circular earcups complete a smart, premium-grade design. The ‘caramel white’ colourway sounds delicious, and looks the part too, although our Iron Black review sample is more suitable for the mood on a grey Monday morning commute.

Switching our iO-6s on via the slide switch initiates pairing, which is a breeze. You need only do it once – they’ll automatically hook up every time you turn them on in future. A calm voice in your ear announces your battery percentage when you switch on. Everything feels high end; functional not brutal, present rather than provocative, finessed without fuss.

There’s no Dali app to contend with here – it’s all refreshingly easy. A small round button, also on the right earcup rim, switches between noise cancelling options, which are highly effective. The design actually offers a fair amount of passive noise isolation, even when the active cancellation is toggled off.

When we switch it on during our commute, however, practically all the extraneous rumbling of the train and chatter of our fellow commuters has been eradicated. The third option, called Transparency, stops playback and feeds ambient noise into the headphones so you can hear announcements and background sounds.

Switching on ANC (Dali claims that the iO-6’s 1100mAh battery is good for a class-leading 30 hours of continuous use with noise cancelling active), we cue up Beautiful Bobby Blackmon’s 2005 album Travelin’ Home.

As we play I Don’t Know But I Gotta Go, Bobby’s trademark weeping electric guitar takes centre stage with pinpoint tonal accuracy. Backed by both the drums and his emotive bluesy vocal in the midrange, the keys shift up into a sparkling and delicate treble alongside a distinguished and detailed high hat. It’s a competent, beautifully timed and expansive soundstage.

The album progresses to the sombre Feels Like Rain, and the laid-back swing of the bass and steady but exacting rhythm guitar can only mean that the iO-6s are giving us a full dose of the blues – in a good way. As the textured, tingly notes of the Wurly come in, we’re nodding our head happily.

Moving to Cindy Lauper’s True Colors, the iO-6s give us the stark, pared-back nuances of the initial bongo drums, the strummed acoustic guitar and Lauper’s inimitable vocal with both competence and ease. There’s ample space between instruments and dynamic clarity in every word sung or whispered. Such is the detail on offer here, minor imperfections in her voice are revealed like tiny sonic surprises – and we find ourselves wanting to hear more.

There’s only one gripe we have with these headphones, but it is significant and does affect the overall sonic performance. We cue up Prince’s funk-heavy Sign ‘O’ the Times on Tidal and, despite an insightful treble and heartfelt vocal, we’re left waiting for that extra dollop of punch and drama through the bass registers – especially when the drums kick in.

It’s as if the Dali’s are holding back slightly, giving us a sound that’s expansive and refined, but isn’t as emotional or zealous as we know it ought to be.

We try the similarly-priced third-generation Sennheiser Momentum Wireless headphones as a comparison, and the Dalis are lighter on our head and cooler on our ears. For sound, the Dali iO-6s dig up more detail, with vocals and strings especially feeling more human, transparent and unadulterated.

However, there’s definitely more bass kick from the Sennheisers, and that extra fuel injection through the low-level dynamics makes them a more lively, exciting listen overall.

An integrated, beautifully timed sound can be gleaned from the Dalis, it just errs on the side of caution. They’re good – almost very good – and certainly have the potential to be class-leaders if Dali can tease out a little more excitement.