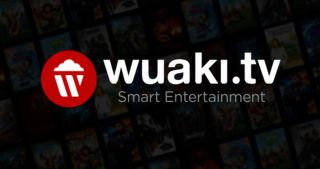 And this weekend [28th November], we'll start with the confirmation that Wuaki.tv is the latest streaming service to put its faith in 4K movies – with a selection of Ultra HD content due to be made available on Monday [1st December].

For the time being, however, 4K movies will only be available to German and French users – Italy is expected to follow before Christmas. It coincides with Wuaki's official German launch, with 11 more countries to follow by 2016.

Google has announced that Chromecast is getting seven new app additions, expanding once more the range of content that you can watch on your TV using the streaming dongle. And the new apps offer something for everyone.

From Nickelodeon for the teenagers, Sesame Street Go for the young 'uns or Comedy Central for the adults, you'll find it difficult to not find anything to watch. Tunein, Encore Play, Epix and YuppTV complete the new additions.

Fresh from the news that Blinkbox Movies had introduced the ability for customers with iPads to download and watch TV programmes and films offline, the service has now confirmed that Android users can now do the same.

The 'Watch Offline' feature lets you download movies and TV shows bought from Blinkbox on up to five devices, as well as rented films to one tablet. That means you won't get caught short on a long journey again.