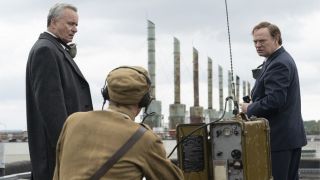 As Netflix's investment in original programming rises and rises, and Apple readies its own $1bn worth of content, no media mogul wants to be left behind – not least Sky.

The news follows the recent conclusion of Award-winning drama Chernobyl, which has been heralded the most successful Sky original production ever.

In order to combat the ever-present threat of TV titans Netflix and Amazon, Sky Studios will create new productions "across all genres, with a focus on drama and comedy" for Sky channels, NBC broadcast and cable channels, and Universal Pictures.

The first original under the Sky Studios umbrella will be a six-part drama called The Third Day, a Jude Law-starring, HBO co-production that will enter production next month.