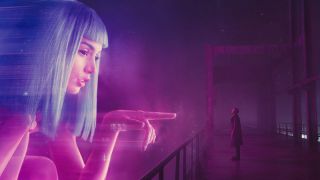 If you've bought a new television in the past couple of years, the chances are it's a 4K TV – which means you have four times the number of pixels at your disposal as previously.

Fill those pixels with information, courtesy of some 4K content, and you're looking at a picture that should be more detailed, more dynamic and more impressive in a 'wow-that-looks-good' way.

4K films and TV shows are now available from Amazon Prime Video, BBC iPlayer, iTunes, Netflix, or via the BT Ultra HD, Sky Q or Virgin V6 boxes. Or, for the ultimate picture (and sound) performance, you can get yourself an Ultra HD Blu-ray player and some 4K discs.

But what should you watch? Allow us to offer some guidance with this list of the top Ultra HD films and TV shows available right now.

Not everyone loved this captivating superhero spectacle, but it's visually stunning and comes with a great Dolby Atmos soundtrack. Although mastered in 2K, the upscaled 4K presentation is blessed with rich blacks and eye-catching whites that enhance the spirited cinematography as the X-Men face their most formidable and powerful foe yet.

Get ready to rock out with this entertaining Elton John biopic. Whilst it's not in the 'native 4K' club there's almost no graining and very little noise, which makes for a superb 4K experience. Each flamboyant sequin is well-defined, with plenty of rich texture to enjoy alongside Reg's pub-rock piano-bashing.

The 4K Blu-ray disc is superb but you can also enjoy this update to Blade Runner via iTunes and Sky. 2049 was shot digitally with Arri Alexa XT cameras at 3.4K, receiving a 4K digital intermediate for its theatrical release. We'd lump it into the 'might as well be native 4K' category. It's an image that's high on clarity, with rich, textured colours and terrific black performance.

The latest Star Wars spin-off follows the early years of Young Han Solo, as he joins a gang of galactic smugglers, including a 196-year-old Wookie named Chewbacca. Giving us the back story on some of the series' most famous faces (and the Millenium Falcon), the Ron Howard directed space romp was warmly received and delivers Harrison Ford-flavoured entertainment with predictable style.

If you're a fan of the Deadpool character and the film's sense of humour, the 4K version is absolutely worth watching. The detail, contrast and colour levels receive a significant uptick compared with Full HD. And if you have compatible equipment, the Dolby Atmos track on the disc adds another dimension.

Ghost in the Shell

Scarlett Johansson leads this visually stunning update of the Ghost in the Shell anime. Mamoru Oshii’s manga adaptation is one of the most celebrated animes ever made, going on to influence countless films and video games. The Hollywood adaptation is sort of, but not quite, a remake, with lots of borrowed bits and pieces from the Shell canon and the result is a perfectly entertaining film. It's 'remastered in UHD' for Sky Q and also features a Dolby Atmos soundtrack.

We'd recommend watching pretty much all of Bill Murray's films but, if you're starting afresh, we suggest Groundhog Day as your first stop. Remastered in 4K, this comedy is built around the strange tradition of a groundhog that predicts the weather for the year ahead. With Murray locked in an endlessly repeating day he is forced to reevaluate his cynical outlook to win over the woman of his dreams. An excellent script and a strong cast, supported by some brilliant cameos, make for a classic comedy.

Guardians of the Galaxy Vol.2

4K, HDR and Atmos make the most of this enjoyable entry into the Marvel Cinematic Universe (even if the first in the series is perhaps the better film). The disc delivers a bright and colourful picture, with the HDR bringing out the intensity of the vibrant colours. The Atmos soundtrack is nicely judged too, loud and busy without missing a beat.

One of the greatest action films of the 80s gets a really good 4K presentation, which really grants the film a new lease of life. The 5.1 soundtrack is fine and has all the fireworks you'd expect, even if it would have been interesting to hear what an Atmos or DTS:X soundtrack could have achieved. If you love the film and love 4K, it's a must buy.

Netflix has been no slouch when it comes to embracing the latest technology. Not content with plenty of 4K HDR shows and films, it has now added Dolby Atmos soundtracks to its arsenal. Okja was its first 4K Atmos film and is well worthy of the honour. It's about the battle for control of a new superpig species, with Tilda Swinton playing the slightly unhinged role she does so well.

A collaboration between Terry Pratchett and Neil Gaiman, Good Omens stars Michael Sheen and David Tennant as an angel and a demon who work together to stop the apocalypse. The six hour-long episodes are a suitably zany, not to mention binge-worthy, 4K feast.

This Amazon Original stars Orlando Bloom and Cara Delevingne. Now that we've got the bad news out of the way, here's the good news: it's actually very good. Set in a Victorian fantasy world where humans must live alongside mythical beasts, the action follows soldier-turned-detective Rycroft Philostrate (Bloom) as he hunts down a serial killer. Can he get to the bottom of the grisly killings? We couldn't possibly say – but you're in for a shadowy, noir-tinged treat.

The Dark Crystal: Age of Resistance

The prequel to Jim Henson's iconic 1982 dark fantasy film features stunning set design, sophisticated puppetry on a grand scale and a stellar voice cast. The story centres on a magical world called Thra filled with dense forests and magical creatures. If you're looking for an immersive TV experience, this live action mash-up of CGI, puppet art and Dolby Atmos sound will keep you hooked for ten entrancing episodes.

Roughly 350 years into the future, technology has advanced to the point where, instead of dying, you can simply digitise and upload your consciousness into a brand new body (called a ‘sleeve’) – essentially you live on as an immortal .zip file. The decadent environs of the central characters contrast with the dystopia of the wider world, giving plenty of scope for dramatic visuals. Special effects splatter the screen throughout, ensuring no end of stimulation for your eyes.

One of the many charms of Breaking Bad was the vivid nature of its characters, pivotal and peripheral. The spin-off series, Better Call Saul, tells the backstory of über-shallow attorney Saul Goodman. Back with new episodes for season four, the storytelling is fast, tight, dramatic and humorous throughout, and the picture quality – Better Call Saul is shot, scanned, mastered and edited in 4K – is lustrous and superbly detailed. As a demonstration of what 4K can do, you won’t find much better.

Blue Planet II is full of vivid coral reefs, bright and colourful fish, wondrous creatures that change colour, alien-like beasts that look creepy and fascinating at the same time – and they all look fantastic in sharp, clear and vibrant 4K HDR. A must-watch and a must-buy 4K Blu-ray disc.

The first of the Marvel-Netflix collaborations is a world away from the colourful, family-friendly superhero movies. Daredevil is dark – visually and tonally – and brutally violent in a way that’s both thrilling and shocking. The writing is mature, the characters are compelling and it looks gorgeous. Available in 4K HDR and with Dolby Vision, the dark, gloomy palette and incredible fight scenes look great.

If you don’t want to binge another US show and you’ve had your fill of Nordic Noir, you could do a lot worse than Dark, a moody Netflix Originals drama from Germany. Set in a small German town that appears to be half scary rainforest and half mysterious nuclear power plant, the story centres around a series of disappearances which become eerily familiar to some of the town’s older residents. The story may be a slow-burner, but throw in dark caves and hidden tunnels, mad professors and mysterious contraptions, and there’s every reason to race through all ten episodes.

If you prefer your gangsters gritty rather than glamorous, Gomorrah might just be for you. Set in Naples (and delivered in Italian with subtitles), this is a TV adaption of the Roberto Savianno book, which exposed life in the Camorra, one of the oldest crime syndicates in Italy, and proved accurate enough to leave the author fearing for his life. While the plot may be nothing out of the ordinary for the genre, the script, acting performances and overall pacing of the show have elevated the show into the upper echolons of 'must-watch' TV series. There are three seasons on Sky to enjoy - and season four is coming soon.

Armed with a bigger budget and more freedom than they had on the BBC, the former Top Gear trio have found a new home on Amazon. Now in its third series, The Grand Tour has had a refresh, with segments that didn't work being dropped, and others having returned. The tent even has a home base now. Production values remain as high as ever, with stunning shots of cars and landscapes looking even more gorgeous in 4K HDR.

Back for a fifth season, this drama focuses on a New York drug kingpin desperately trying to go straight. Naturally, it doesn't turn out to be so easy. The story's familiar, but the slick production and surprising twists elevate Power above the typical gangster show. The hip-hop soundtrack will give your system a work out and the 4K picture is excellent.

Le Mans: Racing is Everything

The Le Mans 24 Hours is the toughest, oldest and most elite endurance race in the world of motorsports. In this six-episode series, film crews get unprecedented behind-the-scenes access as they follow six of the biggest teams and their high-profile drivers. It's a fascinating insight into this intensely challenging race that often features accidents and fatalities. And of course, the actual race footage looks impressive in 4K.

The Man in the High Castle

What would have happened if the Axis powers had won the Second World War? Based on Philip K. Dick’s novel, this series is set in a 1960s USA under the control of Nazi Germany in the east, and the Japanese empire in the west.

Stranger Things ticks all the 1980s Spielberg-era film tropes, but writers/producers/directors Mike and Ross Duffer veer away from saccharine pastiche. Instead, the brothers deliver a well-written plot that’s as exciting and involving as it is filled with pop culture, sci-fi, horror and nods to 80s music. And there are two series to enjoy.