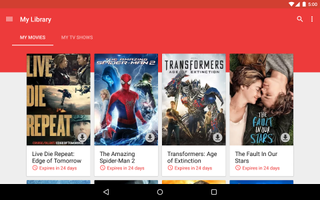 Samsung's HDR10+ format just got a major shot in the arm. The HDR format - created as a rival to Dolby Vision - has added a raft of new partners, including Google Play and Vizio TVs.

Previously, the only two big-name partners were Amazon and Panasonic. So Samsung will undoubtedly be gladdened by these new additions.

Google Play will start streaming in HDR10+ from its UHD library, though there's no word on which titles will be included.

Budget TV maker Vizio hasn't said whether HDR10+ will be added to existing sets via a software update, or if only new models will support the tech. Current models already have Dolby Vision, so Vizio owners should be used to the glory that is HDR content.

These two aren't the only new partners to join HDR10+. On the phone side, OnePlus, Oppo, Realme and Xiaomi have also added HDR10+ to their arsenal of supported formats, so you can not only watch content using the format, but record it using your phone too, before uploading it to a compatible site like YouTube.

Like Dolby Vision, HDR10+ is more advanced than HDR10 because it encodes image data into every single frame. This maximises the black levels and peak brightness of every scene, making for a more lifelike image with more depth.

CES 2020: all the news and highlights