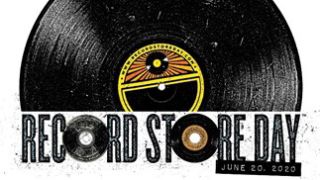 Record Store Day 2020 has been officially postponed until June, as the COVID-19 pandemic continues to disrupt public life around the world.

The news follows the cancellation of several other tech shows, including High End Munich, MWC and E3. Wider bans on travel and large gatherings have since been put in place in several countries, making further disruption inevitable.

Previously, David Bowie and U2 were among the first confirmed artists for the celebration of all things vinyl, while Metallica announced the launch of their own vinyl club ahead of the big day. A full list of RSD 2020 releases was announced last week.

"Record Store Day is a worldwide event involving thousands of people and small businesses—In our discussions over the last few weeks, as information came and changed daily, and then hourly, we’ve taken all of them into consideration as we go over various options: Stay the course. Move the date. Change the structure of the event.  No one knows what things will look like in any given place in the next five weeks, and decisions for that time period need to be made now, using current facts.

"There is no perfect solution. There is no easy answer. We’ve decided that the best of all possible moves is to change the date of Record Store Day this year to Saturday, June 20.

"We think this gives stores around the world the best chance to have a profitable, successful Record Store Day, while taking into consideration the recommendations of doctors, scientists, the World Health Organization, Centers for Disease Control, and the need to be good citizens of both local and worldwide communities.

"We’re working with all of our partners and our stores to make this change as smooth as possible for everyone who participates in Record Store Day: customers, record stores, artists, labels and more.  Record Store Day is everywhere and we want to hold our party when everyone can gather around safely to celebrate life, art, music and the culture of the indie record store.