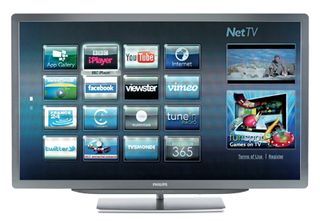 It seems that half of those who buy a so-called 'smart TV' don't know what it's capable of, and around a quarter of them never connect it to the internet.

That's according to a poll by YouGov, which also found that only 37% of those planning to buy a new TV in the UK said that the ability to connect to the internet was a key part of their decision.

Among those who already own a smart TV, picture quality was cited as the most important factor (96%), followed by the size of the screen (93%) and then sound qulaity (89%).

Dan Brilot, YouGov's media consulting director, says: "I think many early adopters of smart TV are buying them for the sake of owning the latest gadget. These are the kind of people who are willing to make a big-ticket purchase without quite realising what they've bought."

And 26% of respondents said they planned to buy an Apple TV, although the survey doesn't make clear if that means the existing Apple streaming box or the much-rumoured full-size Apple TV expected to arrive this autumn.