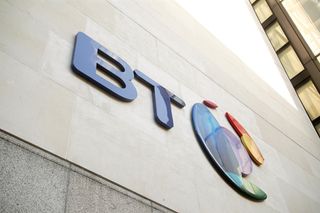 BT was the most complained about UK broadband internet and pay TV service provider between October and December 2013, according to the latest quarterly report from Ofcom.

It's the 12th quarterly report from the regulatory body, which details the total number of complaints made against the leading telecommunications and pay TV providers in the UK.

Ofcom said the overall number of complaints relating to broadband and pay TV services for the fourth quarter of 2013 was down when compared with the previous three months.

Virgin Media (0.07) and Sky (0.08 ) were the least complained about broadband providers – figures that have remained consistent for the whole of 2013.

On the pay TV front, there was a "notable" drop in the number of complaints made against BT, but the figure still came in "well above" the industry average of 0.05 per 1,000 subscribers.

TalkTalk TV feature in Ofcom's report for the first time after meeting the threshold for inclusion, but was the only other provider to exceed the average at 0.19 complaints per 1,000 customers.

The two other pay TV providers included in the report – Sky and Virgin Media – attracted just 0.02 and 0.04 complaints per 1,000 subscribers respectively.

Claudio Pollack, director of Ofcom's Consumer Group, said: "This report acts as a significant incentive to providers to work to address issues driving complaints and deliver an improved quality of service to their customers.

“We’re committed to giving consumers valuable information to help them choose a provider that best suits their needs. Consumer complaints also help us to identify where enforcement action is needed and ensure that providers comply with our rules."

To see the data for yourself, visit Ofcom's website.