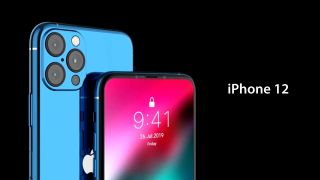 iPhone 12 leaks and rumours are hotting up – and while talk of 5G capability and triple-lens cameras are certainly whetting our appetite ahead of the expected September launch, not all the speculation is good news.

Trusted iPhone analyst Ming-Chi Kuo stated recently that Apple will not bundle EarPods with the new iPhone - pushing more consumers to splash out for the wireless AirPods - and now, according to a research note obtained by MacRumors, Kuo has declared that the power adapter will be sold separately too.

While the iPhone 11 Pro comes with an 18-watt USB-C power adapter, it appears the iPhone 12 will use a new 20-watt USB-C adapter that will not come bundled with the handset but instead be an optional extra. The 18-watt charger, as well as the 5-watt variant that comes with the standard iPhone 11, are expected to be discontinued towards the end of the year upon the new adapter's arrival.

Apple is likely to launch the iPhone 12 range – four new models across three sizes – at a similar price to the current iPhone 11 (from £729 / $699 / AU$899), however in order to offset the costs of the new 5G components, it seems something has to give – and that 'something' is, supposedly, the in-box accessories. Analysts at British bank Barclays (via MacRumours) have predicted that the only bundled accessory will be the Lightning to USB-C cable.

While Apple users are likely to have the odd Apple power adapter or two lying around (and pairs of EarPods or alternative earbuds for that matter), this rumour will no doubt be met with cynicism by those who, perhaps quite rightly, believe such accessories should be part and parcel of a new phone.