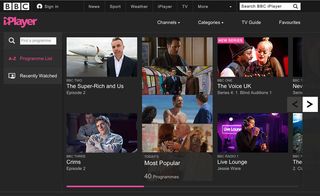 The Chancellor, George Osborne, has asked the BBC to foot a £650m bill for free TV licences for over-75s, and it is believed that the move to charge a licence fee for catch-up TV would go some way to recouping this shortfall.

Culture Secretary John Whitttingdale has indicated he would speed up the delivery of any legislation to allow the BBC to charge people for using iPlayer on devices other than televisions, including laptops, tablets and smartphones.

According to The Independent, the plan is expected to be phased in from 2017, but how the BBC plans to enforce such a move remains to be seen.

What do we think? More and more of us are watching catch-up TV as opposed to live, so this move probably makes sense. But let us know your thoughts on the subject with a comment below.