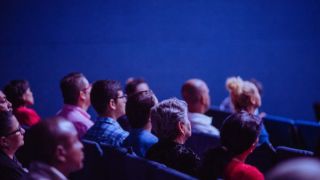 The long-rumoured and now traditional Apple spring launch event – slated for 31st March and set to showcase the new iPhone SE2, iPad Pro and possibly even high-end Apple wireless over-ear headphones – has now been nixed, a source at Apple has told Cult of Mac.

Apple never actually sent out invites to the event at the Steve Jobs Theater in Cupertino, California, with the source claiming that Apple was “concerned” about bringing together a large group of people in a contained environment.

Indeed, the decision seems to come directly after the Santa Clara County Public Health Department issued an order on Monday banning gatherings of 1,000 people or more between 11th March and 1st April, in a bid to minimise further confirmed COVID-19 cases within the county.

At the time of writing, there are 43 known cases of coronavirus infection in Santa Clara County, with one death.

So, an unfortunate case of coronavirus precautionary measures leading to the cancellation of yet another big tech show, right? Well, while the source within Apple was told that the Santa Clara County order was a “major factor” in the company’s decision not to hold the March product event, it may be only part of the story.

In addition, the COVID-19 virus' heavy impact on Apple's supply chain in China may have played a role in what the source called “delays in producing two of the primary products,” and not having said new devices ready to sell worldwide in the week following the event. The source told Cult of Mac it was all part and parcel of “multiple circumstances” leading to the shelving of the event.

Before the postponement, Apple had been expected to launch several products at its show in Apple Park, Cupertino, including the so-called iPhone SE 2: a new lower-cost iPhone to succeed the iPhone SE. This is expected to have a similar feature-set to the iPhone 8, including a 4.7-inch display and Touch ID, but with a faster A13 chip (which Apple debuted in the excellent iPhone 11 and iPhone 11 Pro) and 3GB of RAM.

As the COVID-19 virus continues to impact the health of both industries and the general public, we can only expect continuing uncertainty about when big products will launch.

Read all our Apple news