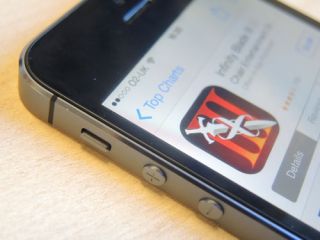 Apple is set to make the smart home its next focus by launching a new software platform to make your iPhone or iPad the remote control for your home.

A new Apple certification stamp, much like 'Made for iPhone', will appear on compatible smart home products, with new product partners set to be announced and sold through Apple stores.

The Financial Times, which cites people familiar with the matter in its original story, suggests that Apple will announce the move at the Apple WorldWide Developers Conference, which starts on Monday June 2nd.

Apple has long been rumoured to be eyeing up the living-room in the form of a fully-functioning Apple smart TV, but it now seems the company might be happy to skip that step (for now) and aim for the whole house.

According to the FT's sources, Apple will be making a 'big play' on smart home technology at WWDC, which is the traditional showcase for new iOS software.

Apple already has its proprietary AirPlay technology for sending music and video between iOS devices and certified products from other manufacturers, and has recently launched CarPlay for in-car control and iBeacon, a Bluetooth-powered transmitter than can communicate with iOS devices.

A new certification could be applied to products as diverse as lightbulbs, fridges, washing machines and vacuum cleaners.

Apple doesn't make products in this market, unlike tech rivals such as LG and Samsung, but the FT suggests the company has been talking to device manufacturers with regards to becoming product partners.

Being able to control your heating while you're away from your home, control your lighting while sat on your sofa or check the best before dates on the food in your fridge are just some of the potential tasks that Apple could bring to your iPhone.

While tasks such as these are possible with certain products, Apple's trademark "it just works" ideology coupled with the ubiquity of its products, could potentially bring them to the masses.

A new software platform that could unite products such as the Apple TV, iPhone and various domestic goods, would aim to give users yet more reason to buy in to the iOS ecosystem, while potentially kick-starting a smart home market currently in its infancy. All is set to be revealed at WWDC next week.

MORE: iPhone 6: what to expect