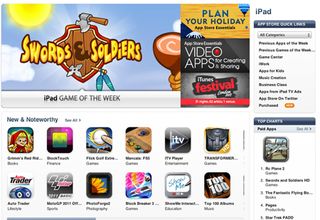 Apple last night increased the UK prices of apps and games on its App Store, following a change to its pricing structure.

When an app is submitted to Apple for sale on the App Store, developers pick a set price from a tier set by Apple, rather than setting the price themselves. When those tiers are changed by Apple, the price can go up (or down).

Only the £2.99 tier remains the same, with no increase.

Prices in the US App Store have remained the same, while in Japan they've dropped.