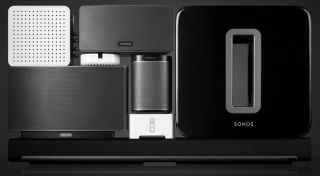 Our colleagues on sister site Stuff.tv appear to have the answer: it won't be until later this year.

Ian Rogers, Apple Music's senior director, posted an answer to the question on Twitter: "It will be ASAP, but not at launch."

We already know Sonos is very keen to include Apple Music as one of the official services on its system. According to the @SonosSupport social media account, the official line is: "[Apple Music] will not be available at launch, but we'd love to bring the service to Sonos when Apple is ready."

Buzzfeed News has also spoken to Apple and has been told: "We're working together to make Apple Music available on Sonos before the end of the year."

So there you have it. Sonos owners may have to wait a while longer, but they will be able to access Apple Music in a few months.

It's also reported that iOS 8.4, the software update for iPhone/iPad that includes Apple Music, will be released at 8am Pacific Time tomorrow (30th June), which is 4pm UK time.