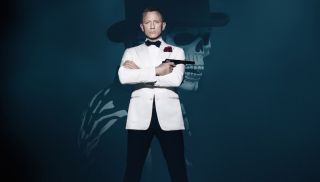 Amazon and Apple already lock horns in many arenas: whether that's which company has the best tablet (Amazon Fire vs the iPad), the best smart speaker (the Echo vs the Homepod), or the best streaming service (Amazon Music vs Apple Music).

The next battleground? James Bond.

First reported by the Hollywood Reporter, the two tech giants have entered the race, along with Warner Bros., for the distribution rights to 007 after Sony's deal with MGM finished in 2015.

It appears that the companies see untapped potential in owning the Bond rights, with comparisons being made to the popularity of Marvel or Pixar characters.

And it likely wouldn't be just be the film rights, with big-money offers aiming to secure complete control of the Bond name, with TV shows and other spin-offs potentially on the table.

Apple has been trying to get a stronger footing when it comes to owning content, producing shows like Carpool Karaoke and Planet of the Apps, both of which could feature heavily on its long-rumoured 4K Apple TV.

Amazon, meanwhile, produces a lot of content from its own Amazon Studios and releases them on its Amazon Prime Video platform.

Whether or not either company is successful in buying Bond, it's clear that both are trying to disrupt the TV and film industry and in turn strengthen their hands when it comes to making content, not just consuming it.