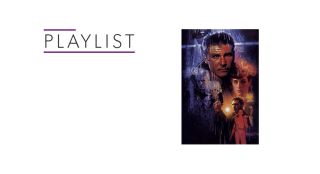 “If only you could see what I've seen with your eyes!”

The odds were stacked against Blade Runner. A troubled production that saw Ridley Scott fired and the film edited against his wishes, it flopped on release in 1982. Still, Blade Runner endured and its influence on cinema has been a significant one.

Now, on its 35th anniversary, Blade Runner: The Final Cut has landed on Ultra HD Blu-ray.

Blade Runner follows Harrison Ford’s Rick Deckard, an ex-cop in Los Angeles, 2019, who’s brought back into the fold to find and 'retire' (i.e. kill) four androids. These androids, or Replicants, are used as slaves on off-world colonies, and deemed illegal on Earth.

Things take a turn when Deckard discovers a fifth replicant, Sean Young’s Rachel, and develops feelings for her. The lines between what is and isn’t human blur, as he wrestles with having to do his job and retire all the replicants.

Blade Runner is a celebrated piece of filmmaking but it’s not an easy watch. Some fall in love with the aesthetic and the story; others find it emotionally cold and aloof. Despite having Harrison Ford in the lead role, his Deckard is subdued and unsympathetic, a cynical character who lives a lonely existence.

The real stars are the characters being hunted. In Leon (Brion James), Pris (Daryl Hannah), Zhora (Joanna Kassidy) and the charismatic leader of the group, Roy Batty (brilliantly played by Rutger Hauer), the replicants have a simple goal; meet their maker (Joe Turkel’s Tyrell) and find a way to live beyond their fixed four-year lifespans.

Despite their capacity for brutal violence, their childlike innocence and view of the world is perfect for this story. They’re presented as wild animals that need to be put down, yet by getting to know them just a little, you soon want them to survive.

Some aspects remain rocky. Deckard’s up and down relationship with Rachel may fit the 1940s detective genre it’s aping, but can seem unnecessarily callous, and it is slow-paced - even the bursts of action, if you can call them that, are repetitive and unfulfilling.

But that’s also what makes Blade Runner so interesting. It’s not concerned with conventional storytelling. It’s a dreamy, meditative tale that ponders the nature of existence, human or otherwise, with frequent bouts of melancholy.

It’s rarely heroic but it is committed to seeing the humanity in all its characters. Blade Runner has plenty of imitators, but there’s nothing quite like it.

The 4K Blade Runner is wonderfully vivid. Fittingly enough, a shot of the THX sign towards the end of the film looks electric blue in 4K and is relatively dull and faded in HD.

Some scenes are a few shades lighter though, which in turn reveals more of the lighting, shading and detail in a scene.

Blacks were pretty good on the Blu-ray but they’re inky deep on the 4K, and the complexion of characters, especially Ford’s Deckard, has been enhanced, with stronger, better-defined skin tones, without ever appearing over-cooked.

This is a richer, more expressive image that makes you appreciate the production design and aesthetics even more. If the goal of 4K is to get closer to the director’s intent, then this is a resounding success.

Blade Runner stands alongside Alien as one of Ridley Scott’s best films, and this 4K Blu-ray release is a fitting representation of his vision.

It’s a sharper, bolder and richer image, the HDR allowing the colours to come even more to the fore, resulting in a picture that’s leagues better than the Blu-ray. Add an Atmos soundtrack that places you in and amongst this brilliantly realised world, and the disc is a real treat (assuming you have a system to do it justice).

Blade Runner: The Final Cut on Ultra HD Blu-ray arrives in pristine condition, although the lack of substantial extras is a disappointment (you'll want the Special Edition (!) for more extras).

Regardless, outside of catching it in the cinema, this is as good as the film will ever look and sound (until we get 8K...).

Special features are few and far betwee on this 4K Blu-ray. Aside from a digital download code, there's an introduction (which we believe is from the 2007 Blu-ray) and three commentaries. For more special features, you'll want the four disc Special Edition.