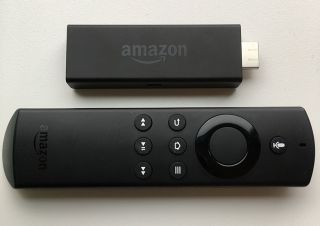 Amazon has just announced the third generation of its Fire TV Stick, Google Chromecast's biggest rival and one of the easiest ways to access Amazon's Prime content – and a whole lot more besides – on your TV.

While not much has changed on the outside, there's plenty of new stuff to look forward to when the new Fire TV Stick launches on 6th April for £40. Read on to find out the Fire Stick's best new features...

It comes with Alexa voice control

Alexa is the smartest voice control system we've used, and it's hardly surprising to see Amazon rolling it out to more of its products after its success with the Amazon Echo wireless speaker.

The previous Fire TV Stick had no voice recognition at all - an honour previously saved for the pricier Fire TV box - and this is the first time Alexa in its current form has been included on any Fire TV product in the UK.

It's integrated into the new Alexa Voice Remote, which is activated by holding down the microphone button and talking into it rather than using the standard "Alexa" command.

Alexa is a now movie buff too

As well as standard Alexa commands, like asking for the weather, traffic, football scores and your favourite music playlist (all of which now have new visual cards too), you'll also be able to search for film names, actors or genres across all your apps, and even control playback with your voice in Amazon Prime movies.

Simply say "fast forward 5 minutes", and Alexa will make it happen. Since Alexa is intuitive in its voice recognition, you should be able to use all manner of phrases that mean the same thing ("skip ahead" or "go forward", for example) and get the same result.

Amazon has included a more powerful quad-core processor to keep things moving smoothly on the new Fire TV Stick, and it really works. Flicking through menus is slicker than before, with little to no waiting time when loading pages.

It plays nice with Netflix

While Amazon's Fire TV products have always had a big focus on Amazon's own streaming apps, the company has a much more inclusive approach these days. Not only has it expanded its number of apps to include all the UK catch-up services, it is also working closely with third party competitors like Netflix to offer the best experience for users.

This includes offering up competitor content before its own, if it feels like that is the more suitable. For example, a search for "Breaking Bad" will bring up the ability to stream on Netflix first and foremost, with an alternative option to buy it on Amazon available in the "More Ways to Watch" menu.

Netflix is also its first third-party partner to offer a "Netflix Recommends" row of content within the UI, using your metadata to offer up suggested content. Amazon hopes to expand this 'recommended rows' feature with other partners in the coming months.

The interface has had a facelift

This more inclusive approach continues across its new user interface, which is better laid out and more intuitive for the service's 7000 apps, channels and games.

The main navigation menu has moved from the side to along the top, and a new carousel filled with hero content from Amazon and other content providers takes pride of place in the upper half of the screen, with moving images and video to draw you in. It'll also learn your preferences as you go along and adapt this content accordingly.

Underneath this are a number of redesigned side-scrolling categories, including "Recent" (which can be individual pieces of content or apps), and the customisable "Your Apps and Games". The detail pages on shows and movies have been elaborated with more in-depth information and IMDb details.

The Fire TV Stick is focusing itself on a 1080p audience, for the simplest, most affordable way to access Amazon's Fire TV services. Anyone wanting access to Amazon's 4K content will need to go for the pricier Fire TV box, which offers an ethernet port for a more stable connection.

There's no word as to whether the Fire TV box is expecting a similar update any time soon, but Amazon has said that all Fire TV products will see the interface update filter down over time.