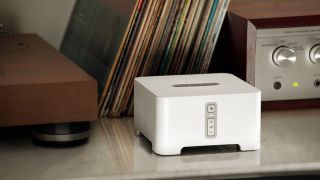 It’s fair to say that Sonos is in hot water with its customers at the moment. It’s always hard to gauge the extent of umbrage like this - disaffection is louder than indifference - but, judging by the 1000+ comments on the Sonos community post, and the reaction in the What Hi-Fi? Forums, there’s enough unhappy ‘legacy’ customers out to think Sonos could have done this better. As the company's CEO has now admitted.

Certainly, Sonos could have given more notice and been more clear about the implications (how will this work with a system of new and old products, for example). Or Sonos could have been more Apple about it - simply announcing the latest version of the software, saying which products are supported, and keeping quiet about the ones that aren't.

In all likelihood the backlash would have been just as strong because, in the end, it’s about expectation. Sonos has arguably made a rod for its own back, not just by claiming long-term support for its products – but by making products that people really love.

There are grumbles when our phones, TVs, tablets and laptops lose support but nothing more because we don’t expect them to last that long. Phones are built around short lifecycles through contracts, and that already shapes our expectations of longevity for not much more than 24 months - that is, if we manage not to smash them by accident first. That may sound crazy for devices costing hundreds but it's the reality.

The technology inside them - particularly TVs and laptops - dates too quickly to want to keep them around for much more than five years anyway. But audio - audio is different. Sound doesn’t date in quite the same way as video. A good piece of hi-fi equipment could be for life.

No other major company in audio has had to deal with technology upgrades to quite the same degree as Sonos. It’s the US brand’s advances in convenience, not audio quality, that have made it so popular. Sonos was the first to get multi-room right some 15 years ago when it launched the Sonos ZonePlayer and Controller, and it’s now become a victim of its own continuing success.

Let's be honest, few people complain about their defunct multi-room speakers made by LG, Sony, Panasonic, Denon, Samsung, Pure, Yamaha and whomever else has released a wireless audio product in recent years. No one complains, we'd argue, because nobody fell in love with them. No one built their homes around them. No one invested.

With Sonos, it’s been different but, while its customers have every right to be upset, how long can we really expect ongoing software support for anyway? Remember, these products won't stop working - they might just not get the latest bells, whistles and tweaks.

“Legacy products were introduced between 2005 and 2011 and, given the age of the technology, do not have enough memory or processing power to sustain future innovation.” That’s Sonos’s justification. There may be other factors mixed up in there too. There are costs to maintaining an ever-growing fleet of older models. Sonos may wish to focus more on developing the future and, of course, what company wouldn’t prefer its customers to buy more devices.

Anyone watching the trends in music streaming services and wireless headphones can’t fail to notice a drive towards audio quality with hi-res music. Even giants like Amazon have recognised its importance and, if Sonos wishes to keep its place at the table of the audio elite, it needs to go hi-res too. If its legacy products “do not have enough memory or processing power to sustain future innovation” such as this, then it needs to ditch them now.

Is it fair on Sonos customers? Not brilliantly — and we're not sure Sonos should be pushing people to build a system around the Connect without any caveat — but, as these things go in technology, even five years of support is not a bad run.

Owners of a single Connect:Amp can’t complain too much but it’s hard not to empathise with Sonos power users who’ve invested thousands over the years. Sonos might do well to reach out to those customers and offer a better deal than the standard 30 per cent discount on new equipment.

Even then, though, such measures would not undo all the damage that this announcement has made. This is the first real blemish to Sonos’s reputation and it’s not so much that it’s happened now and to these products, it’s the uneasy knowledge that the company could do it again. Because this is not an audio company. It’s a technology manufacturer and that’s how tech businesses work. They innovate and move on. And ultimately, that's how we all like it and want it - or we'd never have got a product like Sonos in the first place.

That is the cold, hard truth of modern connected audio products, the smart home, and any device with a mini computer inside. We can't demand endless connectivity and relentless updates, and get annoyed when old devices can't keep up. Want a real, long-term solution? Well you could always keep it analogue – a pair of passive speakers never goes out of fashion, and nor do they run out of firmware updates.