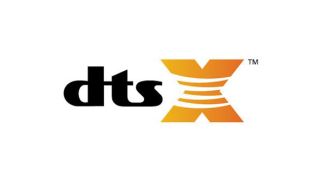 DTS:X was introduced back in January 2015, with its initial focus on home cinema use. It subsequently rolled out into cinemas, taking the opposite approach to its rival surround sound format Dolby Atmos, which started life in the cinema before heading into the home.

But what exactly is DTS:X? And what do you need to take advantage of it in the home? Allow us to explain…

DTS:X is an object-based audio codec, which aims to create a multi-dimensional sound that “moves around you like it would in real life”.

You may think that sounds a lot like Dolby Atmos, and you’d be right. But where DTS:X differs lies in the required speaker configuration.

While Dolby Atmos requires you to add extra overhead channels to your 5.1 or 7.1 setup, DTS:X works with standard surround speaker setups – just like the one you might already have at home. It can support up to 32 speaker locations and up to an 11.2-channel system.

DTS says it’s a flexible codec, and will work with "any speaker configuration within a hemispherical layout".

This is thanks to DTS:X's Multi-Dimensional Audio (MDA) platform, which is open and licence-free and allows movie producers to control the placement, movement and volume of sound objects.

DTS has also made it possible for users to adjust the volume of just the voices on a soundtrack, making once hard-to-hear dialogue a lot easier to understand.

DTS:X in the home

Fortunately, around 90% of the home AV industry is supporting DTS:X, with many manufacturers either releasing firmware updates for existing receivers, or launching whole new models.

Denon was one of the first to update its AV receivers. You can see a list of updates here, with details of how to update here. Arcam, Marantz, Onkyo and Pioneer have also issued updates to their existing products.

On newer products, DTS:X comes as standard. This includes the five-star Denon AVR-X4500H and Sony STR-DN1080 AV receivers, and new amps from Yamaha, including the RX-V585, and Pioneer, such as the slimline VSX-534.

As mentioned earlier, you don’t necessarily need to add extra height channels to take advantage, but additional channels will help create a more effective 3D sound experience. You can listen to a sample of a DTS:X soundtrack on DTS's website.

Yes, DTS:X is backwards compatible, so it will work with your current 5.1 or 7.1 configuration. There's no need to go out and buy a new surround speaker package, or even a new Blu-ray player.

DTS:X is layered on top of the DTS-HD Master Audio soundtrack already existing on Blu-ray discs (much like how Dolby Atmos is encoded on to Dolby TrueHD), so any film with DTS:X will be playable on your existing kit.

As long as your Blu-ray player and AV receiver can handle Dolby TrueHD and DTS-HD Master Audio (which they should, if bought within the last five years), you're golden.

What is DTS Virtual:X?

DTS Virtual:X is a way of getting three-dimensional surround sound without extra speakers.

Instead of being encoded into the Blu-ray disc (like DTS:X), Virtual:X is a post-processing technology that aims to create the effect of a 7.1.4 surround set up (that's 11.1 channels, including four height channels) through a soundbar or standard 5.1 speaker system.

Unlike Dolby Atmos soundbars (like the Sony HT-ST5000) – which also attempt to recreate three-dimensional sound – Virtual:X doesn’t require special, upward-firing speakers within the soundbar to work.

DTS claims Virtual:X achieves its effect regardless of the standard of the audio source, meaning it can be used to boost legacy DTS content.

You will need new hardware with the Virtual:X engine built in to get the effect.

The first product to feature Virtual:X was the Yamaha YAS-207, our current Award winning budget soundbar. And according to DTS, LG is introducing Virtual:X technology into an upcoming soundbar called SK6Y, as well as ‘select’ televisions.

Denon and Marantz have announced their first batch of AV receiver support too, and we expect other manufacturers to bolster the numbers with more soundbars, AV receivers and even TVs later in the year.

How about DTS:X Premium?

At CES 2018, DTS announced it was launching several new audio solutions, including DTS:X Premium 1.0, which offers smartphones and tablets multi-channel support for up to 7.1 channels, as well as DTS-HD Master Audio decoding and four configurable content presets. Onkyo’s Granbeat is the first tablet to feature it.

There are dozens of Blu-rays and 4K Blu-rays available that support DTS:X.

Streaming services such as Netflix and Amazon Prime Video don't support DTS:X or Virtual:X. Whether that will change in the future remains to be seen.