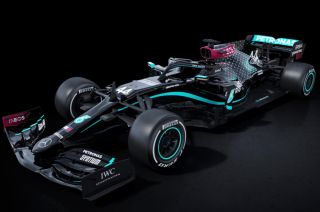 Formula One is back! After an agonising delay of over 220 days caused by the coronavirus pandemic, F1 is finally going racing again. It's a shorter season but it's packed with races, so there should be plenty of action as 20 cars battle it out for the 70th FIA Formula 1 World Championship. Ready, steady, go, go, go!

So, what's the story with the 2020 season? So far, the FIA, Formula One's governing body has announced the opening eight races – squeezed into 10 just weeks. Barring a second wave of COVID-19, more races will be announced, including the season finale in mid-December. Sadly, some iconic races, including Monaco, will not go ahead.

On a more positive note, the 2020 F1 season will kick-off with the Austrian Grand Prix at the ultra-modern Red Bull Ring on July 5th. Of course, the action starts with practice on Friday 3rd July and qualifying on Saturday 4th.

The action will take place behind closed doors, journalists are banned from the paddock and Martin Brundle's gridwalk has been put on ice. Still, while the atmosphere at the races will be be different, the action on the tracks should be as fierce as ever.

Red Bull aren't far behind. They've secured some seriously-fast upgrades to their Honda engines, so there's every chance that Max Verstappen can make it three Austrian Grand Prix victories in a row on Sunday.

Ferrari appear to be in turmoil. They've scrapped parts of their car and effectively started again after team principal Mattia Binotto admitted, "We don't have the fastest package."

It's a devastating turn of events for young hot-shot and World Champion-in-waiting, Charles Leclerc, who is starting the season as Ferrari's number one driver. Teammate Sebastian Vettel has already announced he'll depart at the end of this season, with McLaren driver Carlos Sainz already announced as his replacement.

Following the Austrian Grand Prix, we'll be treated to many more races including the British Grand Prix and the 70th Anniversary Grand Prix. The delayed start to this season means the massive regulation changes set for 2021, including radically-different car designs, have been pushed back to 2022 for cost-saving reasons.

Drivers, team personal and other F1 staff will be screened and tested before, during and after each race. According an FIA statement:

"Millions of people, including governments, around the world are keen to see live TV sport return as it will be a morale boost amongst fans and society. F1 believes the season can be re-started safely."

Revved up for the (belated) start to the F1 season? If you want to get your stream on and tune into the Austrian Grand Prix, then here’s how you do it in engine-growling surround sound and 4K style...

Watch Formula One anywhere in the world using a VPN

We'll look at the TV and live stream options for UK and USA-based F1 fans below, but even after spending all that money on a subscription you're still not going to be able to watch the Grand Prix from another country.

Anywhere else and you might want to get yourself a VPN instead. A VPN (Virtual Private Network) can spoof an IP address which is local to the server you’d like to access. That way your service provider will think that you’re in the correct country to do so and allow you to watch the F1.

Watch Formula One live in the UK

That comes bundled in with all the other sports channels as part of the £16 per month Sky Sports pack.

It’s not all a dead loss without Sky in the UK. Channel 4 has the rights for the highlights of the F1 race and the F1 qualifiers which air a few hours after the end of the sessions. It’s also licensed to show the British Grand Prix live and in full. You can tune into the coverage in HD on Channel 4 and on the Channel 4 website.

Watch Formula One live in 4K

Watch Formula One live in the USA

Formula 1 fans in the States are lucky enough to be able to watch the some of the top class motorsports action for free. ABC has the rights to air the US, Mexico and Canadian Grand Prix live, with the Monaco Grand Prix shown in full but after the event.