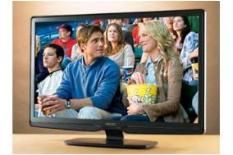 £1500 might sound like a lot of money, but just one look at the Philips in action proves it’s worth every penny

Philips' new range-topper is an absolute stonker, and replaces the 42PES001 ‘Essence' that won a previous 40-42in TV Supertest.

The 42PFL9664 doesn't have the Essence's two-box arrangement. Instead all of the processing chips and connections are built into the main unit like a ‘normal' telly.

But what a unit it is – the quality of materials and construction is miles ahead of the competition. It's not as slim as others, but the Philips has a fifth HDMI, wi-fi, and depth-enhancing Ambilight built in.

Picture detail is incredible
Harry Potter and the Order of the Phoenix is an excellent tester, and right off the bat the Philips is stunning.

Just as the film begins, the Warner Bros. and Harry Potter logos fly at the screen, and vast amounts of extra detail are visible in the craggy surface. This detail combines with incredibly sharp motion to create an image so three-dimensional it's as if the formations are emerging from the panel.

The 200Hz motion processing continues to impress as the camera pans over the sleepy town, with the pattern of houses failing entirely to confuse the screen.

It's not always perfect, though, and there is the odd peculiar bit of ghosting that some rivals don't suffer. But given how much more detailed the Philips is – and the gap is remarkably wide – that's a small price to pay.

The Philips has even more neutral colours, too, which means Harry's face is as youthful as Dumbledore's is leathery.

Impressive sound for a flatscreen
The Philips' onboard scaler is a little soft, so if your source will upscale, that's where to do it. Do so and the TV once again proves to be the most detailed and balanced by some way.

It seems the Freeview tuner is good enough to make up for the upscaler's shortcoming, so softness is less noticeable than the excellent vibrancy and stability.

In short, the Philips is a brilliant TV, and genuinely one of the most exciting sets we've seen in years. What's more, Philips has just dropped the price from £1700 to £1500.

Watch our Awards video of the Philips PFL9664