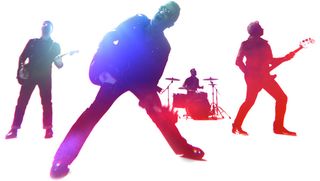 The launch of Songs of Innocence by U2 raised a few eyebrows, after the album automatically appeared on a range of devices; even prompting some articles on how to remove it from your system.

But it has now been revealed by Time magazine that it was part of a wider partnership between U2 and Apple, which includes the development of a new digital music format for music fans.

Bono told the publication that this new format is designed to be "irresistibly exciting" to music lovers, encouraging more people to buy music rather than use free-to-access online sites.

It's thought that whole albums and standalone tracks will be made available to buy in the new format, which will also support artists financially.

"It’s going to get very exciting for the music business. [It will be] an audiovisual interactive format for music that can’t be pirated and will bring back album artwork in the most powerful way," he added.

We don't yet know any further details about this new format and what it might entail, although it will face stiff competition from the music streaming sector; something that has proved increasingly popular in 2014.

And then there's the additional consideration of Apple's acquisition of Beats Music, which includes a music streaming service that we're expecting to stay under Cupertino control. Time will tell...