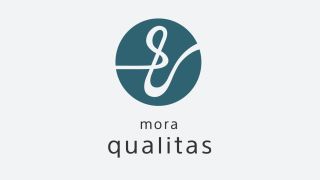 Do we need another streaming music service? Possibly not. But if it's a high-resolution streaming service from Sony, then we're interested. Sony Music Entertainment has teamed-up with Rhapsody, the company behind Napster, to launch just such a service in Japan.

The service is called Mora Qualitas and uses Rhapsody's Powered by Napster platform to deliver lossless FLAC files in up to 24-bit/96khz. There will also be CD quality streams, available in 16-bit/44.1khz.

The service will cost 1,980 Yen a month (around £14) and is launching on desktop for Windows and Mac, with more platforms promised to follow.

Shigeki Tanaka, senior vice president of Sony Music Entertainment (Japan) Inc., sees "a lot of momentum happening in streaming", which is no doubt why Sony wants to get in on the act.

Neither Tidal nor Qobuz, which both offer hi-res streams, are currently available in Japan, so Mora Qualitas helps fill something of a gap for lossless audio fans in Japan.

High-resolution: everything you need to know

3 of the best high-res audio systems